What Elections Mean for SW 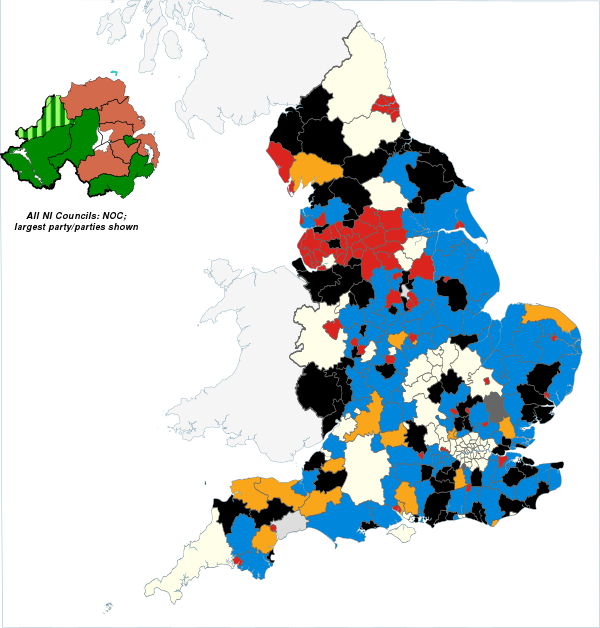 It was a night the Yellows glowed, the Blues became, well, blue, and the Blacks and Greens surprised even themselves.

Where Conservatives won most seats, they still lost overall control – such as in Mid Devon, which is now forming an Independent-led Independent/LibDem coalition – and lost their Leader’s seat in West Devon.

North Devon Conservatives will only prevent a LibDem majority if they win in the Chittlehampton vote which has been delayed until June due to the death of the Independent incumbent councillor. However, the Conservatives did take majority control of the new unitary authority of Dorset Council.

A few seats stayed the same colour: the LibDems retained South Somerset, the Conservatives held Sedgemoor, and Labour held in Plymouth and Exeter, although the latter lost city centre control.

So what does all this mean for the South West? After recent political shenanigans we’d be fools to put money on too much, but we do expect the Greater Exeter Strategic Plan to be seriously delayed, if not dropped altogether, and delays to other local and neighbourhood plans as the huge population of newbie councillors ride a sharp learning curve.

In the development arena, we expect emboldened rejection of Westminster housing targets, increased rejection of officer recommended applications, and a consequent increase in appeals.

On the strategic planning front, we can expect ‘green agendas’ and ‘social missions’ to come to the fore, with climate change, zero carbon and community-first commitments being made by all councils. That said, the cynics in us suspect that battle-weary officers will work hard behind the scenes to influence timescales so that such aspirations are put into the long grass, allowing them to try, at last, to get back to the business of the day to day.