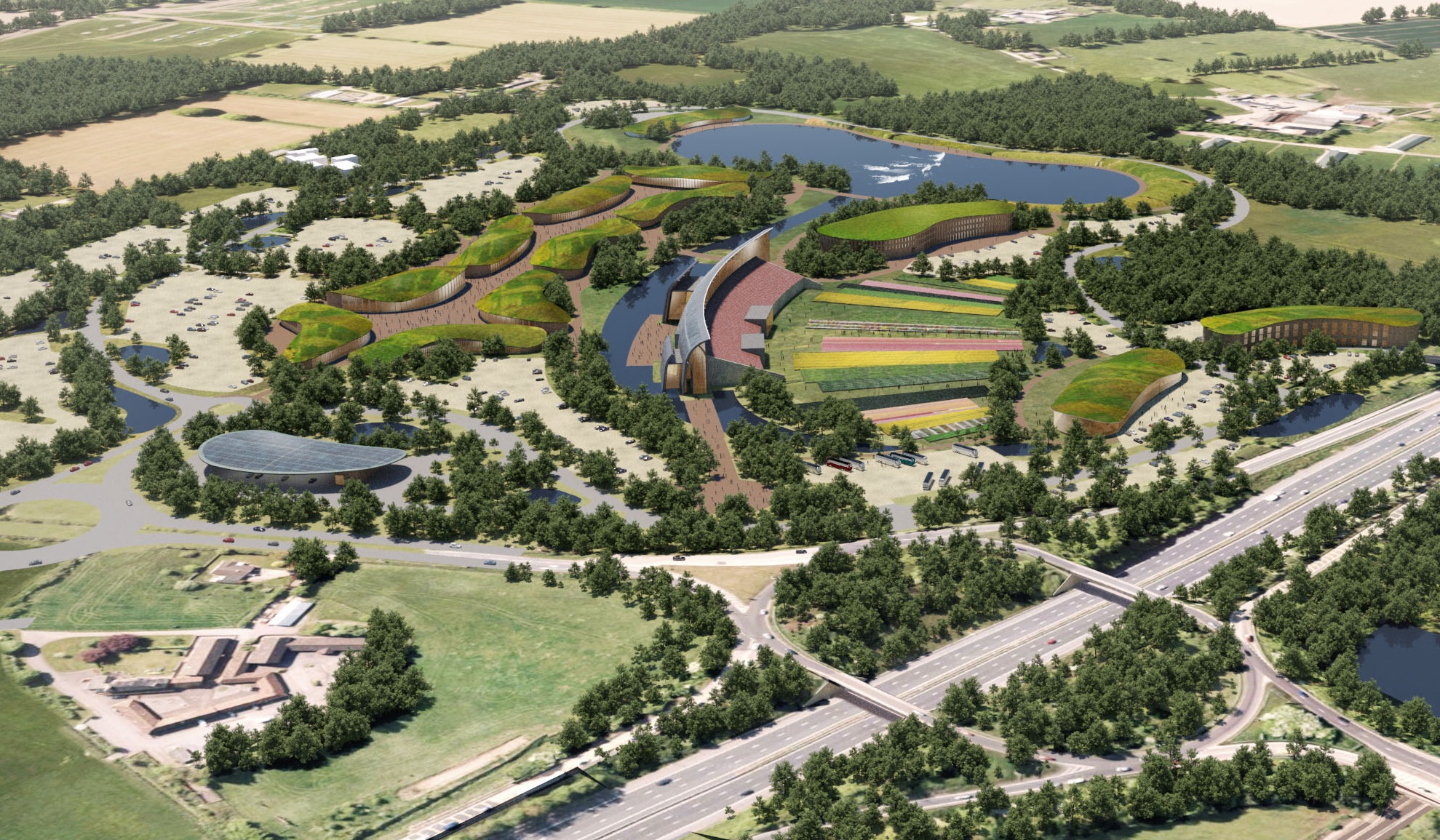 The Eden Westwood project is a partnership between Aviva Life & Pensions Ltd and the Eden Project’s international arm (Eden International) that is aiming to create a unique visitor destination which celebrates Devon’s food, farming and life.

Located at the county’s northern gateway – Junction 27 of the M5 – Eden Westwood will be a destination genuinely unlike any other in the world. It will mix indoor and outdoor recreation; education and enterprise; commercial and non-commercial elements, all shaped by the distinctive Eden brand to promote Devon’s desirable lifestyle, its delicious local produce, and the UK’s world-leading agronomy sector.

To provide strategic advice, stakeholder engagement and communications services in support of an allocation-led planning strategy.

The project has had many set-backs since the promoter first conceived of the idea in 2002. By the time we were approached some five years ago, the project faced enormous opposition from local residents, members and neighbouring authorities alike, and had been excluded from the draft Mid Devon Local Plan Review.

Seaxburh was recruited to turn the project’s reputation around and help it regain traction in the planning process.

Seaxburh Partners identified an extensive list of local stakeholders. Over the ensuing five years we set about meeting as many of them as possible, hearing and addressing their concerns, and working with the team to reshape the project into one that political, business and community contacts would stand behind and even be proud of.

This really gained momentum when Eden joined the project in 2014. We worked closely with Sir Tim Smit and his team, and the project’s planning consultancy Rapleys on a strategy of restoring allocation for the site in the Local Plan Review by way of a major modification.

Despite the difficulties this created for the Council’s Members and Plan makers, our relationship-building strategy, fresh materials, and strong media campaign combined to achieve a groundswell of support across the stakeholder group.

This resulted in allocation of the Eden Westwood site in the draft Mid Devon Local Plan Review. Preliminary Hearings were held for the Policy relating to this allocation in September 2018. The Inspector returned with his initial findings in October 2018, saying that he had no ‘in principle’ difficulty with it. His letter can be found here.

This is incredible news for our client team, which has worked tirelessly – often against the odds – to secure an adopted allocation of the site at J27. The team is now regrouping to consider how best to progress a planning application in the enduring pandemic conditions.

‘Niki has a rare ability to quickly read the mood, and gain the trust, of a wide variety of people, enabling her to constantly adjust our communications strategy to pre-empt issues, convincingly state our position and even convert critics into advocates…. I recommend her without reservation.’

‘We have strived since 2002 to turn a dream of an exceptional leisure and tourism destination at M5 Junction 27 into reality. We faced enormous opposition from local residents, members and neighbouring authorities alike and, frankly, were losing the PR battle. Seaxburh played a critical role in turning our reputation around and helping us gain traction in our planning process. They have an incredible talent for deducing what really matters to, and motivates, people. By clearly explaining our ambitions in the various ways that were most meaningful to our different stakeholders, and by gaining local media as well as political advocates, Seaxburh has helped us gain what many once thought impossible: allocation in the Local Plan!’